THE INS-AND-OUTS OF THE SUBJECT OF UFOLOGY

UFOlogy is the array of subject matter and activities associated with an interest in unidentified flying objects (UFOs). UFOs have been subject to various investigations over the years by governments, independent groups, and scientists. The term derives from UFO, which is pronounced as an acronym, and the suffix -logy, which comes from the Ancient Greek λογία (logiā).

According to the Oxford English Dictionary, one of the first documented uses of the word UFOlogy can be found in the Times Literary Supplement from January 23, 1959, in which it writes, “The articles, reports, and bureaucratic studies which have been written about this perplexing visitant constitute ‘UFOlogy’.” This article was printed eight years after Edward J. Ruppelt of the United States Air Force (USAF) coined the word UFO in 1951. 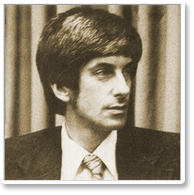 Jacques Vallée has devised a UFO classification system, where the UFO sightings of four different categories are divided into five subcategories:

The five subcategories can apply to all previous categories of sightings:
1. Sighting
2. Physical effects: for example, radar sighting
3. Life form or living entity
4. Reality transformation: witnesses experienced a transformation of their sense of reality (often corresponding to the popular characterization of the incident as an abduction)
5. Physiological impact: Such as death or serious injury 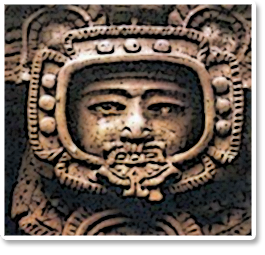 The modern UFO mystery has three traceable roots: the late 19th century “mystery airships” reported in the newspapers of western United States, “foo fighters” reported by Allied airmen during World War II, and the Kenneth Arnold “flying saucer” sighting near Mt. Rainier, Washington on June 24, 1947. UFO reports between “The Great Airship Wave” and the Arnold sighting were limited in number compared to the post-war period: notable cases include reports of “ghost fliers” in Europe and North America during the 1930s and the numerous reports of “ghost rockets” in Scandinavia (mostly Sweden) from May to December 1946. Media hype in the late 1940s and early 1950s following the Arnold sighting brought the concept of flying saucers to the public audience.

As the public’s preoccupation in UFOs grew, along with the number of reported sightings, the United States military began to take notice of the phenomenon. The UFO explosion of the early post-war era coincides with the escalation of the Cold War and the Korean War. The U.S. military feared that secret aircraft of the Soviet Union, possibly developed from captured German technology, were behind the sightings. If correct, the craft causing the sightings were thus of importance to national security and of need of systematic investigation. By 1952, however, the official US government interest in UFOs began to fade as the USAF projects Sign and Grudge concluded, along with the CIA’s Robertson Panel that UFO reports indicated no direct threat to national security. The government’s official research into UFOs ended with the publication of the Condon Committee report in 1969, which concluded that the study of UFOs in the past 21 years had achieved little, if anything, and that further extensive study of UFO sightings was unwarranted. It also recommended the termination of the USAF special unit Project Blue Book.

As the U.S. government ceased officially studying UFO sightings, the same became true for most governments of the world. A notable exception is France, which still maintains the GEIPAN, formerly known as GEPAN (1977–1988) and SEPRA (1988–2004), a unit under the French Space Agency CNES. During the Cold War, British, Canadian, Danish, Italian, and Swedish governments have each collected reports of UFO sightings. Britain’s Ministry of Defense ceased accepting any new reports as of 2010.

In addition to UFO sightings, certain supposedly related phenomena are of interest to some in the field of UFOlogy, including crop circles, cattle mutilations, and alien abductions and implants. Some ufologists have also promoted UFO conspiracy theories, including the Roswell UFO Incident of 1947, the Majestic 12 documents, and UFO disclosure advocation. Skeptic Robert Sheaffer has accused UFOlogy of having a “credulity explosion”. He claims a trend of increasingly sensational ideas steadily gaining popularity within UFOlogy. Sheaffer remarked, “the kind of stories generating excitement and attention in any given year would have been rejected by mainstream ufologists a few years earlier for being too outlandish.” Likewise, James McDonald has expressed the view that extreme groups undermined serious scientific investigation, stating that a “bizarre ‘literature’ of pseudo-scientific discussion” on “spaceships bringing messengers of terrestrial salvation and occult truth” had been “one of the prime factors in discouraging serious scientists from looking into the UFO matter to the extent that might have led them to recognize quickly enough that cultism and wishful thinking have nothing to do with the core of the UFO problem.” In the same statement, McDonald said that, “Again, one must here criticize a good deal of armchair-researching (done chiefly via the daily newspapers that enjoy feature-writing the antics of the more extreme of such subgroups). A disturbing number of prominent scientists have jumped all too easily to the conclusion that only the nuts see UFOs”. But is this really true?

Scientific UFO research suffers from the fact that the phenomena under observation do not usually make predictable appearances at a time and place convenient for the researcher. Ufologist Diana Palmer Hoyt argues, “The UFO problem seems to bear a closer resemblance to problems in meteorology than in physics. The phenomena are observed, occur episodically, are not reproducible, and in large part, are identified by statistical gathering of data for possible organization into patterns. They are not experiments that can be replicated at will at the laboratory bench under controlled conditions.” On the other hand, skeptics have argued that UFOs are not a scientific problem at all, as there is no tangible physical evidence to study. Barry Markovsky argues that, under scrutiny by qualified investigators, the vast majority of UFO sightings turn out to have mundane explanations. Astronomer Carl Sagan stated on UFO sightings, “The reliable cases are uninteresting and the interesting cases are unreliable. Unfortunately there are no cases that are both reliable and interesting.” Peter A. Sturrock states that UFO studies should be compartmentalized into at least “the following distinct activities”: • Field investigations leading to case documentation and the measurement or retrieval of physical evidence; • Laboratory analysis of physical evidence; • The systematic compilation of data (descriptive and physical) to look for patterns and so extract significant facts; • The analysis of compilations of data (descriptive and physical) to look for patterns and so extract significant facts; • The development of theories and the evaluation of those theories on the basis of facts.

In 1973, Peter A. Sturrock conducted a survey among members of the San Francisco chapter of the American Institute of Aeronautics and Astronautics, where 1,175 questionnaires were mailed and 423 were returned, and found no consensus concerning the nature and scientific importance of the UFO phenomenon, with views ranging equally from “impossible” to “certain” in reply to the question, “Do UFOs represent a scientifically significant phenomenon?”  In a later larger survey conducted among the members of the American Astronomical Society, where 2,611 questionnaires were mailed and 1,356 were returned, Sturrock found out that opinions were equally diverse, with 23% replying “certainly”, 30% “probably”, 27% “possibly”, 17% “probably not”, and 3% “certainly not”, to the question of whether the UFO problem deserves scientific study.  Sturrock also asked in the same survey if the surveyee had witnessed any event which they could not have identified and which could have been related to the UFO phenomenon, with around 5% replying affirmatively.

In 1980, a survey of 1,800 members of various amateur astronomer associations by Gert Herb and J. Allen Hynek of the Center for UFO Studies (CUFOS) found that 24% responded “yes” to the question, “Have you ever observed an object which resisted your most exhaustive efforts at identification?”

And so, the UFO story begins…