by Bob Spearing
in Uncategorized
0 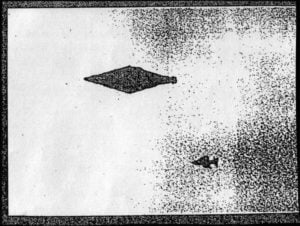 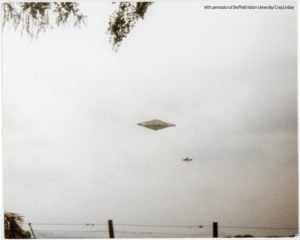 32 Years ago in a remote hilly area of Scotland, two witnesses saw and photographed a large diamond shaped object with a plane in the lower right corner. The photo was never released by the British MOD but facsimiles have made their rounds for decades while denying the photo’s existence. Why? This week the actual photo has been released by Sheffield Hallan University and is currently making its rounds virally about the internet. It is an extraordinary photo but exactly what it shows is inconclusive. It is an impressive diamond and seems to dwarf the plane in the photograph. The question to ask is why release the photo now after 32 years of silence?

The Symposium is Over for Another Year

The Symposium is Over for Another Year