by Bob Spearing
in Uncategorized
0

Betty Andreasson, the devout Christian woman, who endured some of the most famous abduction encounters ever recorded, died on March 18,2022. No other encounter has ever rivaled the Betty and Barney Hill Abduction like hers.

Betty’s story was brought to the forefront of the American media at the time by Raymond Fowler, one of MUFON’s greatest investigators, when he published a series of books on her encounters.  His most famous tome was entitled “The Andreasson Affair” which sold millions of copies! He followed up with “The Andreasson Affair, Phase II” and finally “The Andreasson Legacy.” Fowler literally tracked Betty for decades trying to get the most comprehensive story possible.

In 1967, Betty and her family saw a bright pink light outside their window one evening. In all, 7 family members were involved. They saw small humanoids outside but in the morning remembered nothing further.

However, through hypnosis, Betty remembered astounding details including small Greys in Blue Uniforms with distinct insigne who led her and her family into a space craft for experimentation. Tis encounter was only the beginning.

One thing that marked Miss Andreassons’s encounters was that she was very religiously oriented and it was quite perplexing to her what was happening. It challenged her faith!  Many theories were posited including demon interference.   Nonetheless, Fowler relentlessly investigated the purported abductions to the extent he even created a team of investigators because he believed her story so much.

The problem today with the abduction phenomenon is that while we have literally hundreds of thousands of cases world wide over decades, no substantive evidence exists to back up this plethora of reports.

However, it hard to imagine we are dealing with a mass psychosis event given the distance in time and geography of these alleged encounters as well as the sheer number of similar reports that relate to each other.  Any rational scientist would have to admit that this is not the ravings of a lunatic few but an ongoing and pervasive phenomenon that is worldwide over decades. How would a scientist coalesce and codify so much information without admitting “something” is in the details!

If just one piece of physical evidence could be obtained, the mysterious phenomenon of abduction would overnight go from the realm of conjecture to science. We can only hope that one day we can verify Betty Andreasson’s story! 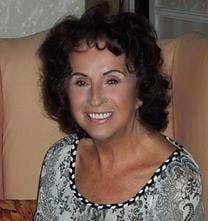