by MUFON STAFF
in Alien Technology
0 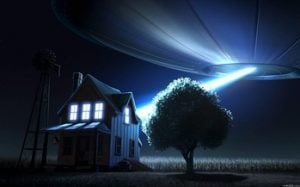 Eric Davis is an award winning physicist who makes no bones about his belief that some UFOs are “definitely the craft of a supremely advanced technology.” He spoke at the Mutual UFO Network’s Symposium this weekend on the topic, and in an interview with Huffington Post writer Lee Speigel, Davis discussed why scientists are hesitant to talk about their interest in UFOs.

Davis specializes in real-life space warps, such as those theorized in science fiction movies to zip spaceships around the galaxy. He won an award on the topic from the American Institute of Aeronautics and Astronautics. His study was titled, “Faster-Than-Light Space Warps, Status and Next Steps.”

There are scientists who are aware of evidence and observational data that is not refutable. It is absolutely corroborated, using forensic techniques and methodology. But they won’t come out and publicize that because they fear it. Not the subject — they fear the backlash from their professional colleagues. The impact on their career might be detrimental and they’d get bad publicity.

Several scientists spoke this weekend at the Mutual UFO Network’s annual symposium held in Las Vegas, Nevada. The range of disciplines the lecturers specialize in included not only physics, but chemistry, sociology, psychology, history, and even theology. There were no startling revelations at the conference, but there was a lot of very cerebral contemplation on the subject of UFOs that was very interesting and refreshing for a field fraught with speculation and wild unsubstantiated claims.

Jan Harzan, the new International Director of MUFON told the Las Vegas Sun newspaper,” We hope to bridge the gap between science and Ufology.”

The gap Harzan is referring to is an issue Davis feels needs to be resolved. When asked by the Huffington Post about the perception that legitimate scientists would not touch the subject of UFO’s, Davis replied:

They’re wrong, naive, stubborn, narrow-minded, afraid and fearful. It’s a dirty word and a forbidden topic. Science is about open-minded inquiry. You shouldn’t be laughing off people. You should show more deference and respect to them … Scientists need to get back to using the scientific method to study things that are unknown and unusual, and the UFO subject is one of them.